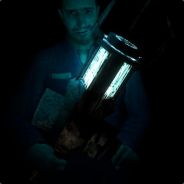 The friends at Aprilon

Aprilon was a gaming community that hosted game servers for a multitude of games, including Garry's Mod, Team Fortress 2 and Minecraft.

The community was founded in 2009, and eventually closed its operations in 2015. It was entirely funded by its community.

We're thankful for the support we've received from the community.

Some of us are still hanging around. Come talk and play games with us on our Discord[discord.gg].