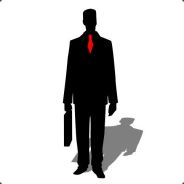 A Call for Communication (Half-Life) (HL-CFC)

The lack of communication between Valve and the Half-Life community has been a frustrating experience. While continued support for current and future products is greatly appreciated, fans of the Half-Life series have waited years for a word on when the franchise will return.

So, Instead of focusing efforts in a negative and disrespectful way, we have decided to gain Valve's attention by delivering a basic message:

Your oldest and longest running fanbase would like better communication.

Waiting patiently for over four years can be challenging as a fan, especially when E3 comes and goes without any sign of the Half-Life series and its continuation. Valve had stated that information was scheduled to be released towards the end of 2008, and we believe that if they have chosen to change those plans, fans should be acknowledged, regardless of developmental plans for the next Half-Life project.

The entire trilogy of episodes was scheduled to be completed and released by 2007, and if Valve have decided to do other things for the time being, that is fine; all that we ask for is a basic response on the matter, and to let fans know whether or not the current story arc is scheduled to conclude at another point in time.

In addition: This message is in no way, shape or form attempting to rush the development of the Half-Life series; in fact, most members agree that Valve should take the time needed to deliver a complete and polished product.

If you agree with the above message and statements, please join this group and share your support constructively.

Hopefully such attention will be recognized by Valve, and the community's voice will be heard.