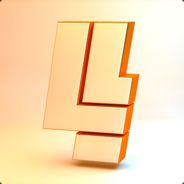 In the preparation for Left 4 Dead 3

This group has formerly belonged to the L4D2 Russian community. Its purpose was mainly that of creating, organising and advertising tournaments, as well as everything related to this subject, including live streams.

The Russian community has since shown its scorn and ingratitude towards any and all people willing to contribute towards its own growth and maintenance. We tried hard and did our best, but all we got in return was mockery, contempt and disgrace, proving the popular belief that the Russian community is the worst one on the L4D arena.

Therefore, the Left 4 Live project, along with all the other projects created by me, Visor, and my friend JaneDoe(except servers*), from now on have migrated into an inactive state. They will remain so until the release of Left 4 Dead 3. As soon as that happens, all projects will be reclassified into European-oriented, including new community servers with community chosen policies and paths of development.

* Our former sponsor has expressed desire in keeping the Shanti's Bitches servers up and running on his own. We will ne longer be affiliated with them in any way, shape or form.