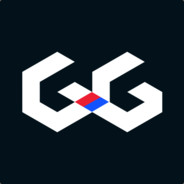 After 3.5 years of sharing gaming deals as "Salenauts" we've decided it's time for a change. A big change. We have launched a new website with a completely new design and tons of new and exiting features. We've also changed the name, which from now on shall be known as GG.deals[gg.deals]!

GG.deals[gg.deals] compares prices of PC games from over 30 authorized stores in 19 different regions. Want to browse? Follow our deal rating to get the best deals every day. Already have a few titles in mind? Use GG.deals wishlist to monitor prices of your most desired games. Want a specific game to fit your budget? Create an alert to get notified once the price becomes affordable. GG.deals will help you save money and expand your digital game library!