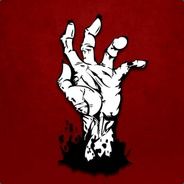 The year was 2035,more than two decades after the infection first surfaced in eastern Europe in early 2012. Initially it spread very quickly as governments struggled to contain the outbreak, a struggle that was fueled by the economic unrest in many European regions at the time. Citizens had lost faith in their governments causing sharp social and ideological divides at a time when mankind needed to be united.

Within 6 months of time the infection's discovery and rapid proliferation, rumors began to circulate of a haven in the heart of the Mediterranean Sea, a whisper that only grew as each country fell. This island was completely self sufficient, militarized thanks to the influx of PMC's and far enough removed from the mainland to provide escape from the outbreak. This idea of refuge had become the only hope for thousands of wayward survivors but without any means of communication with the outside world, no one could tell them to turn back. The rumor continued to spread despite the fact that the island had fallen only 2 years after the initial outbreak. Desperate survivors placed their final hopes on this forsaken isle that offered little hope of survival and even less of rescue.

But still they fought

Some against the island,many against each other and all against their fate.